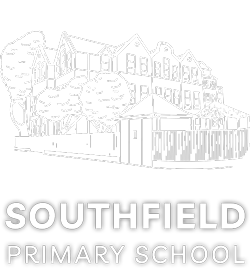 At Southfield we believe the classical world and its ancient languages has much to offer our pupils in fostering their knowledge and free and independent thinking. To equip children with a strong bedrock and foundation of ancient philosophy we hope will inspire them to make a significant contribution to society and life in the future 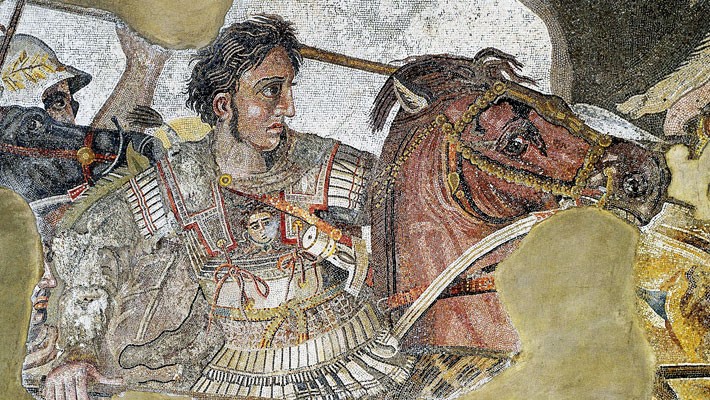 Through the centuries, the works of Homer, Sophocles, Virgil and Ovid have profoundly influenced Britain’s greatest writers, dramatists and poets, including Chaucer, Milton and Shakespeare.

The examples set by Pythagoras, Archimedes, Euclid, Ptolemy, Lucretius and Vitruvius continue to inspire scientists, engineers, architects and astronomers around the world.

Plato and Aristotle established the foundations of western philosophy and political thought; Herodotus, Thucydides, Tacitus and Plutarch invented the arts of the historian and biographer. The lives of great men and women such as Alexander, Hannibal, Caesar, Cleopatra and Constantine teach us lessons in leadership and power.

We believe the benefits of the classics are numerous:

It adds many strong curricular links such as:

Fostering English Literacy: students of Latin or Ancient Greek achieve a deep understanding of grammar which encourages accurate use of language. From the very early stages, concepts of singular and plural, tenses and case usage are taught.

Enhances Cultural Literacy: Classical mythology forms the bedrock of much modern art and literature, and is constantly reworked in theatre and in the visual arts, film and pop-culture.

Teaches the Foundations of Philosophy and History: The ancient Greeks and Romans have profoundly influenced western society and thought. They established the disciplines of philosophy and history and the foundations of our political systems.

Encourages Cultural Insight: In some ways, the ancient Greeks and the Romans seem just like us, but in other ways, they are very different. This can lead students to reflect deeply about themselves and the lives of others – an important quality in a modern, multi-cultural society.

Allows for Depth and Breadth: The study of classical subjects is interdisciplinary. All four classical subjects – Latin, Ancient Greek, Classical Civilisation and Ancient History – can involve literature, history, philosophy and the visual arts.

Children in Year 3 begin their study of the classical world through learning about the Romans. They gain a historical and cultural perspective about the Roman Invasion of Britain and how this affected the Celts and pursue a historical enquiry into the culture and way of life of the Romans. This is punctuated by the study of Latin where children follow the Minimus scheme. Minimus is a unique Latin course for younger children which is based on a real family who lived at Vindolanda in 100AD: Flavius, the fort commander, his wife Lepidina, their three children, assorted household slaves, their cat Vibrissa - and Minimus the mouse. 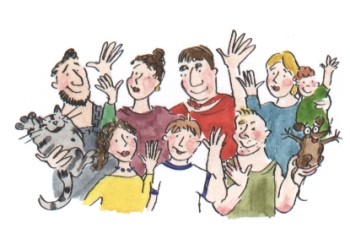 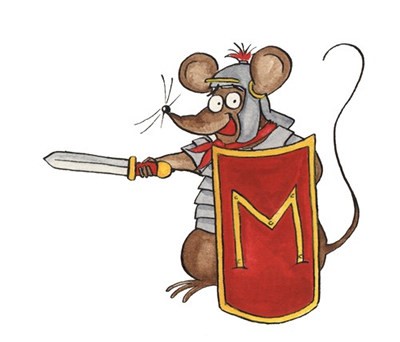 Children learn with Minimus a mix of Roman myths, stories, grammar and historical background. The books are colourful and stimulating in comic style to make Latin engaging and fun. 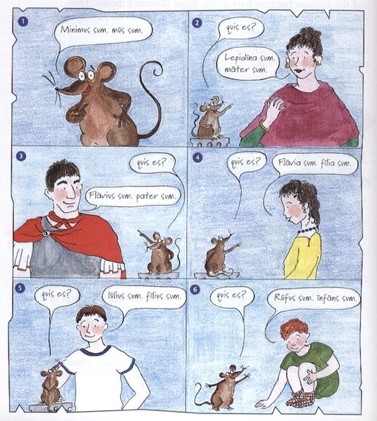 Children in Year 4 begin their second study of the classical world through an exploration of the Ancient Greeks. They learn about myths, famous battles and explore famous philosophers, mathematicians and scientists and understand how the Greeks have influenced our world. To supplement this study children, follow the Mega Greek programme which introduces Ancient Greek to children.

Mega Greek course has been developed to give pupils from Year 4 the opportunity of learning the Ancient Greek language, as well as discovering how its culture permeates the modern world. It also supports all other aspects of the curriculum: 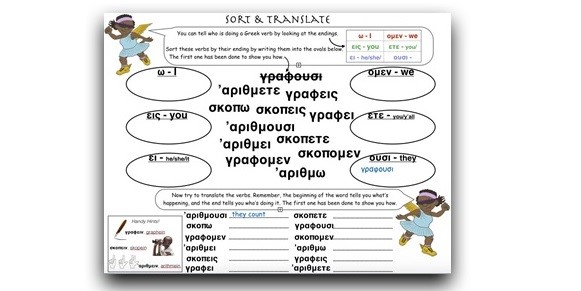 Cultural Work examines the links between Ancient Greece and the modern
world in the fields of:

This course supports Year 4 to learn ancient Greek in an enjoyable, accessible and useful way introducing them to the language, stories and life of Greece in its classical heyday.

Children work with Basil Batrakhos, the Frog as he attempts to decode a secret letter written by one of his ancestors in Ancient Greek. 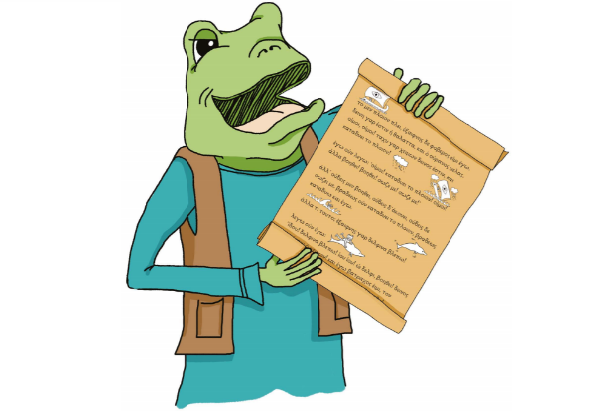